Berkeley Lab’s BELLA (Berkeley Lab Laser Accelerator) team was honored in this category for its work using NERSC resources to design and configure the world's most powerful compact particle accelerator. Team member Carlo Benedetti was on hand to accept.

Traditional particle accelerators, like the Large Hadron Collider at CERN, which is 17 miles in circumference, speed up particles by modulating electric fields inside a metal cavity. It’s a technique that has a limit of about 100 mega-electron volts per meter before the metal breaks down. Laser-plasma accelerators such as BELLA take a completely different approach. In the case of this experiment, a pulse of laser light is injected into a short and thin straw-like tube that contains plasma. The laser creates a channel through the plasma as well as waves that trap free electrons and accelerate them to high energies.

In 2014, a team of Berkeley Lab researchers led by BELLA Director Wim Leemans used BELLA to accelerate subatomic particles to the highest energies ever recorded from a compact accelerator. The researchers sped up the particles—electrons in this case—inside a nine-centimeter long tube of plasma. The speed corresponded to an energy of 4.25 giga-electron volts. The acceleration over such a short distance corresponds to an energy gradient 1,000 times greater than traditional particle accelerators and marks a world record energy for laser-plasma accelerators. »Read more.

Ken Chen, a post-doctoral researcher at the University of California, Santa Cruz, was honored in this category for his work using NERSC to study the explosion of very massive stars in multiple dimensions.

Chen “is a rising star in computational astrophysics” and “the world’s leader in the 2D and 3D study of massive star death that does not involve iron-core collapse and neutrinos (massive thermonuclear supernovae),” wrote S.E. Woolsey, professor of astronomy and astrophysics at UC Santa Cruz in Chen’s nomination letter. 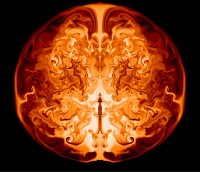 A slice through the interior of a supermassive star of 55,500 solar masses along the axis of symmetry. Image: Ken Chen

One area of Chen’s research has focused on pulsational-pair instability supernovae. One-dimensional calculations had shown the existence of a violent pulsational instability in stars with main sequence masses over 90 solar masses that ejects solar masses of material with supernova-like energies in a repeated pulses. The collisions of these shells can make extremely luminous and enduring supernovae. In 1D, however, the collisions pile up most of the ejecta in a dense, thin shell which is unphysical. Using supercomputing resources at NERSC, Chen has demonstrated that the collision actually produces instabilities and large-scale mixing. The big density spikes previously seen in the 1D studies go away. The resulting remnant looks more like the Crab Nebula than a spherical bulls eye.

In 2014, Chen was lead author on a study published in Astrophysical Journal that revealed that certain primordial stars—those between 55,000 and 56,000 times the mass of the Sun—may have died unusually. In death, these objects would have exploded as supernovae and burned completely, leaving no remnant black hole behind. Previously, it was thought that all stars over about 300 solar masses would collapse to black holes. This study also garnered much attention in the popular press, in large part because of the eye-catching visualizations Chen created using CASTRO—a multidimensional compressible astrophysics code developed at Berkeley Lab—and VisIT. »Read more.

NERSC 2015 Award for Innovative Use of HPC – Open

Berkeley Lab's SPOT Suite Team garnered this award for its work in beginning to transform the way scientists run their experiments and analyze data collected from DOE light sources. 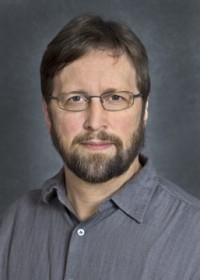 SPOT Suite is a set of tools for reducing, managing, analyzing and visualizing beamline data that is transforming the way scientists run their experiments at Berkeley Lab’s Advanced Light Source (ALS) and other DOE light sources. It was developed through a collaboration between researchers from Berkeley Lab’s Computational Research Division, NERSC, the ALS and the Molecular Foundry.

One of the first things the SPOT Suite collaboration did was set up data transfer nodes between NERSC and three ALS beamlines: 7.3.3 SAXS/WAXS/GISAXS/GIWAXS (Grazing incidence small-angle X-ray scattering/ Grazing incidence wide-angle X-ray scattering), 8.3.2 hard X-ray Microtomography and 12.3.2 Microdiffraction. In 2014, the ALS became the first and only facility worldwide to fully automate GISAXS/GIWAXS measurements. This tool is primarily used to characterize the assembly and shape of nanoscopic objects at surfaces or buried interfaces in thin films—including materials like organic photovoltaics, fuel cell membranes or batteries.

“This automated system represents a significant leap forward in terms of labor saving, ease of use and throughput,” said Alexander Hexemer, who manages the GISAXS/GIWAXS beamline at the ALS. »Read more.

NERSC 2015 Award for Innovative Use of HPC - Early Career 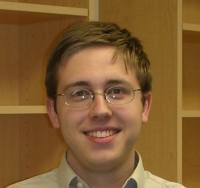 At Caltech, Barnes has led the development and implementation of powerful new computational methodologies to model complex systems, which will help to advance the understanding of fundamental chemical processes in catalysis, solar energy conversion and battery technologies. He has been a major driving force for the development of rigorous multi-scale methods to accurately simulate complex molecular systems, according to Thomas Miller, professor of chemistry at Caltech, nominated Barnes for the award.

Quantum embedding is a promising multi-scale strategy for vastly reducing the cost of accurate electronic structure theory calculations, allowing high-level quantum methods to be used to describe part of the system, while the remainder is treated with a low-level or continuum-level method. However, prior to Barnes’ work in this area, density functional and wavefunction embedding approaches were only applicable to weakly interacting systems, a severe constraint that excluded essentially all condensed-phase and reactive chemical applications. By developing both inversion-based and projection-based strategies to enable accurate embedding in the context of strongly interacting systems, Barnes’ work has deramatically expanded the applicability of quantum embedding methodologies. He also helped demonstrate that the approach enables simulation of large systems with sublinear scaling of the required computation time and demonstrated that it dramatically reduces the cost of accurately describing transition-metal complexes and large molecules and clusters.

This work has led to five publications, with several more articles in preparation, and is creating new research opportunities for the accurate description of catalytic and electronically non-adiabatic processes in complex systems, which are already being employed in a number of other theoretical chemistry groups across the U.S.