“Choosing the recipients of such achievement awards is no easy task, as all 5,000 of our users are tackling important scientific challenges and we can only honor four of them,” said NERSC Director Sudip Dosanjh. “The accomplishments of our 2014 NERSC Achievement Award winners really highlight the wide range of research supported by NERSC, in this case studying problems ranging from the beginning of our universe to developing innovative algorithms for accelerator design, from creating a public database for developing new batteries and solar panels to modeling the transitions that underlie many processes in biology.”

During the meeting at which the awards were presented, NERSC staff and users also kicked off the 40th anniversary of the center, which was established in 1974 to use computing to advance fusion energy research. The center now supports 700 different projects covering a wide range of scientific disciplines.

This year’s winners are: 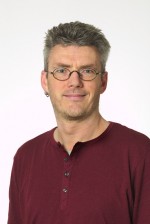 The Planck Collaboration is the recipient of the 2014 NERSC Achievement Award for High-Impact Science. The Planck satellite, a joint mission between the European Space Agency and NASA, made news in 2013 when its science team released the most detailed map ever made of the Cosmic Microwave Background – the remnant radiation from the Big Bang – and refined some of the fundamental parameters of cosmology and physics. Long-awaited by many constituencies in cosmology, astrophysics, and theoretical physics, these results, comprising 31 scientific papers, capped a 10-year collaboration between NERSC and the Planck team, with Julian Borrill of Berkeley Lab’s Computational Cosmology Center serving as the principal investigator at NERSC.

CMB data analysis is computationally challenging. For over a decade Planck has relied on NERSC to provide the necessary computational capabilities, including tens of millions of CPU hours, hundreds of terabytes of spinning disk space, and support for hundreds of Planck data analysts. The culmination of this work to date, and the most computationally challenging part of the entire CMB analysis pipeline, has been the production of the sixth Full Focal Plane simulation (FFP6), comprising 1,000 realizations of the Planck mission reduced to 250,000 maps. FFP6 is essential both to quantify uncertainties in and remove biases from the analysis of the Planck data, and to validate and verify the analysis pipelines themselves. Considerable effort has gone into the code optimization and system-specific tuning needed to make these simulations tractable, providing a 1,000-fold speed-up that has taken us from the first single-frequency mapmaking on Seaborg in 2006 (also the first application code test of the newly-enabled 6,000-way parallelism) to 70,000-way parallel runs of FFP6 on Hopper in 2012/13. 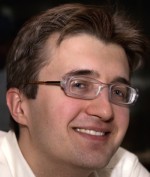 Victor Ovchinnikov, a post-doctoral fellow working with 2013 Nobel Laureate Martin Karplus, is the recipient of the 2014 NERSC early career award for high impact scientific achievement. According to Karplus, during the years 2011-13, with the help of NERSC resources, Ovchinnikov made outstanding contributions to the field of computational modeling of conformational transitions in large biological molecules, such as proteins and DNA. Conformational transitions underlie a wide range of biological processes, such as enzyme catalysis, DNA replication, refolding of misfolded proteins, ATP synthesis, muscle contraction and multidrug resistance. But these transitions are extremely difficult to investigate by experimental methods because of the small spatiotemporal scales involved.

Computer simulation of conformational transitions in biomolecules is a generally unsolved problem in computational science because spontaneous transitions in proteins often require millisecond simulation times. To overcome the time-scale limitation of standard molecular dynamics simulations, various enhanced techniques have been developed. However, most of the methods requirea prioriinformation, which is generally unknown except for simple molecular systems. Ovchinnikov’s contribution to the field was to extend a family of transition path algorithms under the umbrella of the “string method” beyond proof-of-principle biological models to transitions in real proteins of biological importance. The Karplus group is currently collaborating with other researchers who are using the string methods to understand a variety of biological and chemical problems. More generally, Ovchinnikov’s developments of the string method are expected to become routinely used for other types of transitions in biology and chemistry.

NERSC Award for Innovative Use of HPC - Early Career 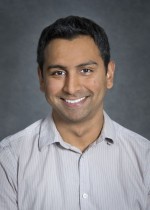 Anubhav Jain, a research scientist/chemist in Berkeley Lab’s Environmental Energy Technologies Division is recipient of the 2014 NERSC early career award for innovative use of HPC. Jain’s work focuses on new materials discovery using high-throughput computations. Jain is the primary author of the FireWorks code for automating calculations at supercomputing centers. A free, open-source code for defining, managing and executing scientific workflows, FireWorks can be used to automate calculations over arbitrary computing resources, including those that have a queuing system.

He is pursuing major projects under the auspices of both the Materials Project and the Joint Center for Energy Storage Research (JCESR). Both of his projects are aimed at developing more efficient batteries. The Materials Project is a multi-institution effort to accelerate materials discovery by computing the properties of all known inorganic properties. This is achieved by automating first-principles calculations on a massive scale at DOE supercomputing centers. The Materials Project currently provides more than 35,000 pre-computed compounds via a NERSC science gateway to over 4500 users from all over the world. JCESR is a DOE Energy Innovation Hub led by Argonne National Laboratory and supported by DOE’s Office of Science.  Jain's role in JCESR is similar: to uncover novel electrolytes for next-generation batteries using high-throughput computations to efficiently screen amongst thousands of candidates.

NERSC Award for Innovative Use of HPC - Open Division

Jean-Luc Vay of Berkeley Lab’s Accelerator and Fusion Research Division, is the recipient of the 2014 NERSC award for innovative use of HPC in the open division. An internationally recognized pioneer in the development of novel algorithms for simulation of beams and particles, Vay is highly esteemed by fellow theoretical/computational physicists at many institutions worldwide. Vay's work in developing innovative algorithms has greatly improved the use of high performance computing to advance the simulation of charged particles, beams and plasmas. Perhaps the most far-reaching advance made by Vay during the past few years is the development of the Lorentz-boost algorithm as a practical tool to perform multi-scale simulations. While the idea had been conceived earlier elsewhere, Vay thought of it independently, and then contributed the critical elements to make it work in practice and turn it into an impressive tool. As a result, certain multi-scale/multi-species simulations are speeded up by several orders of magnitude without loss of accuracy. Adopted at many institutions worldwide, this technique has been successfully applied free electron lasers, laser-plasma acceleration, and particle beams interacting with electron clouds. It enables massive parallelism to be efficiently exploited with moderate numbers of time steps to make routine simulations that were impossible until recently.

Vay’s current project is to improve the scaling of simulations using certain electromagnetic solvers. A well known issue in simulations of electromagnetics, charged particles and plasmas is that spectral electromagnetic solvers are accurate but do not scale well, while finite differences scale well but are much less accurate. Vay exploited the finite propagation of the speed of light to allow decomposition of spectral solvers in a way similar to (and with similar scaling to) finite differences while maintaining the superior accuracy of the spectral method. This effectively adapts a highly accurate method to efficiently use high performance computing. He has recently published this method, working with some of the developers of early spectral methods, is collaborating with computer scientists at NERSC and Berkeley Lab’s Computational Research Division to further improve the decomposition in ways suitable for system architectures.