After seasonal rains fall in southern Angola, floodwaters flow slowly down the Okavango River into semi-arid northwestern Botswana, where the river spreads, floods, and eventually evaporates within the inland Okavango Delta. The annual floods of 2009, 2010, and 2011 all reached extents last seen decades ago. While deaths were minimal, villages and houses were flooded, bridges closed or washed away, and water and electricity supplies interrupted.

In a world where greenhouse gas emissions from human activities are causing the climate to change, the question arises: were these unusually high floods related to human-induced climate change?

In this study, a first of its kind carried out on the African continent, researchers addressed this question by producing a unique set of simulations generated by two computer models of the climate system. In one set of simulations, the models were driven with “real-world” conditions observed over the 2009-2011 period, including observed concentrations of greenhouse gases. In other simulations, the models were driven with “non-greenhouse-gas” conditions that might have been in a world in which human emissions of greenhouse gases had never occurred. These climate model simulations were then used to run a model of the Okavango River system to predict how floods would change under these different climate conditions.

“By comparing the number of simulations under the `real world' conditions which produced high floods with the number of simulations that did so in the `non-greenhouse-gas' world, we were able to estimate the degree to which greenhouse gas emissions have altered the chance of a high flood occurring,” says Piotr Wolski, who started the research while at the Okavango Research Institute, Botswana, and is now at the University of Cape Town. He is the lead author of this study, which was recently published in the Journal of Hydrology. 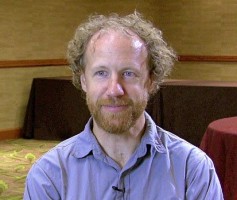 After running a number of simulations—in South Africa and the United States—Wolski and his colleagues ultimately found that greenhouse gas emissions have substantially reduced the chance of the floods in the Okavango Delta.

“The robustness of the results—no matter which year we looked at, which climate model we used, or which method we used to put the climate model data into the river basin model—this came as a surprise,” says Dáithí Stone, a co-author who moved from the University of Cape Town to Berkeley Lab.

To find out why, the researchers looked at the different climates to dissect and understand the mechanism responsible for the reduced chance of flooding.

“It was fairly simple,” says Wolski. “The air is warmer in the climate we are experiencing and the river takes a long time to flow down to the Delta, so you get more evaporation occurring before the river even reaches the Delta, and thus fewer high floods. Rainfall was not very different between the two sets of simulations, but in any case it would have to have been quite a big change in rainfall in order to match the difference in evaporation.”

The findings appear counterintuitive, given the high floods of 2009-11. “It is indeed an unusual situation,” says Wolski. “On the one hand, we have unusually high flooding and the general understanding that anthropogenic climate change leads to an increase in frequency and magnitude of extreme weather events (such as floods). On the other hand, we have our results, which indicate that greenhouse gas emissions actually led to a decrease in flooding. What makes the two consistent with each other is the natural variability occurring in the system.”

This variability manifests itself as 20-30 year periods of above-average or below-average flooding, and the 2009-11 years fall within the former. “If not for climate change,” says Wolski, “the Okavango system would have experienced even larger flooding in 2009-11 than it actually did.” 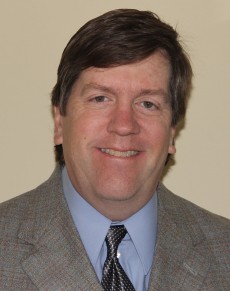 The authors note that this work was possible because of the unique large number of simulations covering several years generated by the team. "The Cape Town team built up the simulations of their climate model gradually over a period of years using an in-house computing cluster, so to match them over a shorter time we had to run our climate model on a supercomputer at the National Energy Research Scientific Computing Center," says Michael Wehner, a Berkeley Lab staff scientist and co-author of the paper.

The University of Cape Town team initially generated a set of simulations to assess the role of greenhouse gases in the chance of extreme events. The Berkeley Lab researchers then mirrored their efforts using the CAM5 atmospheric model, which is part of the Community Earth Systems Model (CESM), developed by National Center for Atmospheric Research (NCAR) for the wider climate research community.

Stone notes that having two climate models with relatively different formulations meant that for the first time the researchers could show that their conclusions do not seem sensitive to this aspect of the analysis.

The Berkeley Lab simulations were done as part of the Department of Energy’s CASCADE SFA (Calibrated and Systematic Characterization, Attribution, and Detection of Extremes Science Focus Area) project, which aims to develop a comprehensive climate model to simulate extreme events. The University of Cape Town simulations were supported by the South African Water Research Commission and Microsoft Research.

Mark Tadross, a technical advisor for the United Nations Development Programme and co-author, emphasized the relevance of the research within current international negotiations on climate change. “Currently there is a lot of international interest in losses and damages that may be attributable to climate change, in order to identify priorities for adaptation funding,” he says. “Studies such as this one are likely to become increasingly necessary if we are to be able to estimate how human emissions alter the chance of floods, droughts, and disasters in the future.”

*This story was adapted from a University of Cape Town press release.