Experimental science is evolving. With the advent of new technology, scientific facilities are collecting data at increasing rates and higher resolution. However, making sense of this data is becoming a major bottleneck. New mathematics and algorithms are needed to extract useful information from these experiments.

To address these growing needs, the Department of Energy has announced approval of a joint ASCR-BES-supported award of $10.5 million over three years to expand the Center for Advanced Mathematics for Energy Research Applications (CAMERA). CAMERA’s mission is to develop fundamental mathematics and algorithms, delivered as data analysis software that can accelerate scientific discovery. Originally focused on challenges facing the Advanced Light Source (ALS) and Molecular Foundry (MF) at the Lawrence Berkeley National Laboratory, this new round of support will help transform CAMERA into a national resource across DOE computational, network, and light source facilities. ALS and MF are DOE Office of Science User Facilities.

“To tackle the emerging challenges at scientific user facilities across DOE, we need to invent and exploit new mathematics from a variety of different fields, and couple that with experimental expertise to target scientific problems, ” says James Sethian, CAMERA Director, Head of Berkeley Lab’s Mathematics Group, and Professor of Mathematics at UC Berkeley. 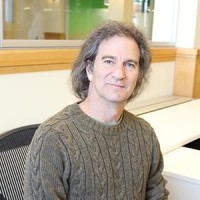 CAMERA’s approach is to assemble teams of applied mathematicians, statisticians, experimental scientists, computational physicists, computer scientists and software engineers. By having a broad range of expertise focused together in one place, CAMERA teams are able to reach across traditional boundaries, find a common language, frame experimental data needs in mathematical terms and package mathematical solutions as software usable by the external community.

CAMERA launched in 2009 as a Laboratory Directed Research and Development (LDRD) program at Berkeley Lab. Based on this success, DOE’s Office of Advanced Scientific Computing Research (ASCR) and Basic Energy Science (BES) jointly invested in CAMERA as a pilot project. This new round of funding represents a major expansion in CAMERA’s mission and goals.

“The ultimate goal of the LDRD program is to enable bold, innovative projects with the potential for high scientific impact. In this sense, CAMERA is a true success story,” says Horst Simon, Berkeley Lab Deputy Director. “Years ago, we funded CAMERA because we saw its potential.  Since then, it has built on work performed and supported throughout DOE and has helped develop and deliver mathematical analysis software across a range of science fields.”

“With this new round of funding, CAMERA is now poised to expand on its initial efforts, tackle new mathematical challenges that naturally emerge from evolving experimental needs, support visiting scientists and postdoctoral fellows from other Labs and facilities, and provide a curated software portal for advanced algorithms built by the community to meet these data challenges,” says David Brown, Director of Berkeley Lab’s Computational Research Division.

CAMERA tailors mathematics, algorithms and software specifically to the experimental requirements and computational resources at hand.

“With detectors being able to collect increasingly vast amounts of data at accelerating rates, advances in computing architectures offer new opportunities to keep up with the data-processing demands”, says Sethian, who is also a CO-Investigator of the Berkeley Institute of Data Sciences (BIDS).  “And, rethinking the mathematics often produces unprecedented advances in accuracy and speed, independent of computing power.”

Here are some examples of how CAMERA has tailored their approach to different experimental needs:

CAMERA is jointly supported by the ASCR and BES in the U.S. Department of Energy’s Office of Science. Further information about CAMERA, current projects, future expansion, and engagement opportunities may be found at camera.lbl.gov.

Lawrence Berkeley National Laboratory addresses the world’s most urgent scientific challenges by advancing sustainable energy, protecting human health, creating new materials, and revealing the origin and fate of the universe. Founded in 1931, Berkeley Lab’s scientific expertise has been recognized with 13 Nobel prizes. The University of California manages Berkeley Lab for the U.S. Department of Energy’s Office of Science. For more, visit www.lbl.gov.