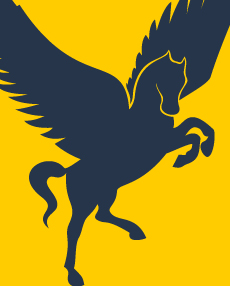 PORTLAND, Oregon—While hybrid multicore technologies will be a critical component in future high-end computing systems, most of today's scientific applications will require a significant re-engineering effort to take advantage of the resources provided by these systems. To address this challenge, three U.S. Department of Energy national laboratories, including the Berkeley Lab, and two leading universities have formed the Hybrid Multicore Consortium, or HMC, and held their first meeting at SC09.

The consortium leadership comprises Oak Ridge (ORNL), Lawrence Berkeley (LBNL) and Los Alamos (LANL) national laboratories, all of which are leaders in R&D in this arena, as well as providers of large-scale computational resources for the scientific community. Other members are the Georgia Institute of Technology and the Swiss Federal Institute of Technology (ETH), two of the leading universities in the area of architecture and software research for hybrid multicore systems.

While multicore systems — using chips with multiple cores on each — are becoming more common, future designs are expected to soon feature hundreds of thousands or even millions of threads of parallelism. At the same time, large vendors are designing hybrid systems which combine multicore processors with other processors and/or accelerators to improve overall performance. Such systems will provide unprecedented computing power, but most of today's leading scientific applications will have to be re-engineered to run on these hybrid architectures.

The goal of HMC is to address the migration of existing applications to accelerator-based systems and thereby maximize the investments in these systems. Research areas expected to benefit from these advances include climate change, alternative energy sources, astrophysics, materials design, and environmental remediation, among others.

The main focus of the consortium will be on identifying obstacles to making emerging, large-scale systems based on accelerator technologies production-ready for high-end scientific calculations. While the consortium will maintain a long-term perspective (hybrid multicore systems), the initial focus is on overcoming the obstacles associated with near-term systems. The long-term goal is to advance the state of the art and application of hybrid multicore computing capabilities to current and future integrated applications. The consortium will facilitate the sharing of best practices and the development of the processes and technologies needed to support accelerator based platforms. Membership is open to the public.

The consortium will assemble and maintain a roadmap documenting the current state of the art and the gaps that need to be filled to make large-scale systems that incorporate significant accelerator technologies ready for production use. This roadmap will be developed and reviewed by the broad community of developers and vendors (both hardware and software), users (computational scientists) and educators who have a vested interest in the deployment of large-scale hybrid multicore systems.

"By reflecting the needs of the community, we will present a unified vision that can be used to influence emerging standards and motivate the research and development projects needed to improve both hardware and the associated software development tools," said ORNL's Barney Maccabe, head of technical oversight for the consortium.

To foster interactions within the community and provide members opportunities to communicate successes and lessons learned, the consortium will host annual, open workshops and host a web site at http://computing.ornl.gov/HMC that will serve as a clearinghouse for information related to hybrid multicore architectures.

The consortium is organized in four technical areas, with a Technical Committee (TC) to oversee each area: Applications and Libraries (AL), Programming Models (PM), Architecture and Metrics (AM), and Performance and Analysis (PA).

The HMC will be managed by an organizing committee responsible for planning and organizing the activities of the consortium, including the annual workshop, the roadmap and the hosted web site. For more information, go to: http://computing.ornl.gov/HMC.

Oak Ridge National Laboratory is the Department of Energy's largest science and energy lab, born in 1943 as part of the Manhattan Project and managed since 2000 by a partnership of the University of Tennessee and Battelle for the DOE Office of Science. The lab has more than 4,500 staff from more than 80 countries, 3,000 guest researchers, 12 user facilities, and a budget of about $1.4 billion annually.

Los Alamos National Laboratory, a multidisciplinary research institution engaged in strategic science on behalf of national security, is operated by Los Alamos National Security, LLC, a team composed of Bechtel National, the University of California, The Babcock & Wilcox Company, and the Washington Division of URS for the Department of Energy's National Nuclear Security Administration.

About the Georgia Institute of Technology

The Georgia Institute of Technology is one of the nation's premier research universities. Ranked seventh among U.S. News & World Report's top public universities, Georgia Tech's more than 20,000 students are enrolled in its Colleges of Architecture, Computing, Engineering, Liberal Arts, Management and Sciences. Tech is among the nation's top producers of women and African-American engineers. The Institute offers research opportunities to both undergraduate and graduate students and is home to more than 100 interdisciplinary units plus the Georgia Tech Research Institute.

ETH Zurich is a science and technology university with an outstanding research record. ETH Zurich is the study, research and work place of 20,000 people from 80 nations. About 370 professors in 16 departments teach mainly in the engineering sciences and architecture, system-oriented sciences, mathematics and natural sciences areas and carry out research that is highly valued worldwide.