With its mission to support both high-impact and broad-impact science, NERSC is providing DOE 678.51 million MPP hours on its four supercomputers in 2008 for research in disciplines that include climate, material science, astrophysics, life sciences, computer science and combustion.

NERSC can offer more computing resources this year thanks to the new Cray XT4, named Franklin after Benjamin Franklin. With three other supercomputers available to serve its 3,000 users, NERSC continues to demonstrate its ability to support a wide range of projects in scopes and sizes.

Researchers have the flexibility to use any of the four supercomputers. Instead of allocating raw CPU hours, NERSC allocates MPP (massively parallel processing) hours that take into account the different computing power among the systems.

The charts and graphs below show the breadth of sciences being done at NERSC. The INCITE (Innovative and Novel Computational Impact on Theory and Experiment) allocations support computationally intensive projects that are expected to produce high-impact scientific discoveries.

The term “DOE Production” refers to allocations made by each of the six program offices within the Office of Science. These allocations include resources for projects from the Scientific Discovery through Advanced Computing (SciDAC) program, which aims to develop software tools needed to advance discoveries on terascale computers. 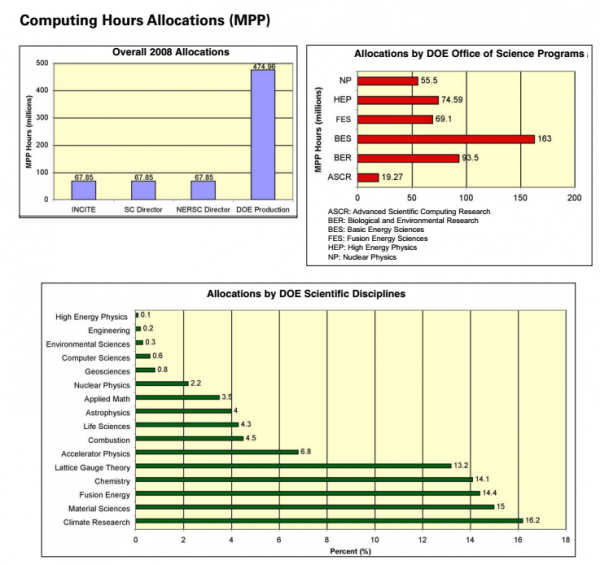 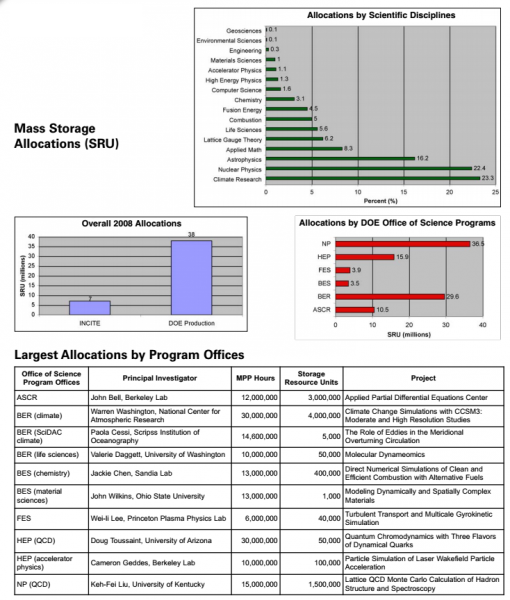