At the 2004 American Geophysical Union (AGU) Fall Meeting, NERSC users Inez Yau-Sheung Fung and Garrison “Gary” Sposito were among the 12 recipients of AGU medals for excellence in research. The meeting was held Dec. 13-17 in San Francisco.

Fung, director of the Center for Atmospheric Sciences and a professor at the University of California at Berkeley, was awarded the Roger Revelle Medal. Established in 1991, the Revelle Medal recognizes outstanding accomplishments or contributions toward the understanding of the Earth's atmospheric processes. Revelle made substantial contributions to the awareness of global change. The breadth of his research and national/international service made him a statesman of science.

Fung, who uses “Seaborg” to study carbon-climate interactions, was cited for her work in making “fundamental discoveries on topics before most have even recognized them as important areas of pursuit. Along the way, she has laid the ground work for the now emerging area of biogeoscience, developed many of the key modeling and numerical analysis techniques in use today, and mentored a generation of successful young scientists.”

The medal citation also notes, “Professor Fung is one of the scientific leaders shaping our current view of the global carbon cycle.  She is personally responsible for several of the critical advances in this area since the early work of Roger Revelle’s generation. A decade or more ahead of other research groups, she developed a very credible global simulation of the terrestrial biosphere and atmospheric carbon dioxide.” 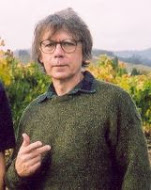 Sposito, a professor in eEcosystem Sciences and Environmental Engineering at UC Berkeley, was the recipient of the Robert E. Horton Medal, which recognizes outstanding contributions to the geophysical aspects of hydrology. This medal was established in 1974 in honor of Robert E. Horton's contributions to the study of the hydrologic cycle, work which earned him recognition as “the father of modern hydrology.”

Sposito, who was awarded 150,000 processor-hours for 2005 to study clay mineral surface geochemistry, was described in the medal citation as the “undisputed leader in the field of hydrology.  Gary’s extensive scientific contributions in geochemistry, thermodynamics, mathematics, and subsurface hydrology are legendary. He is largely responsible for bridging the areas of aqueous geochemistry and physical hydrology.”

The citation concluded, “As many of us have experienced, Gary is a scholar with an enormous heart and an uncommon graciousness toward younger scientists, offering invaluable help in the form of mathematical derivations and detailed explanations. For his ‘spirit of helpfulness and friendliness in unselfish cooperative research,’ we can think of no more deserving recipient of the Horton Medal.”