Phase 1 of the NERSC-3 procurement rolled into Berkeley Lab on Saturday, June 26. Nearly filling three North American Van Lines trailers, the system consisted of 60 cabinets, cartons and crates with a total weight of 35,603 pounds. The crew of North American, IBM and NERSC staffers unloaded the equipment in about three hours, then moved it from the loading area to the first-floor machine room in Bldg. 50B. There, another group of workers positioned the 23 cabinets and connected them to seismic restraints laid out under the raised flooring. All the components were cabled together during the past week. The photos below illustrate the enormity of the task.

Phase 1 consists of an RS/6000 SP with 304 of the two-CPU POWER3 SMP nodes, with two processors per node. In all, Phase 1 has 512 processors for computing and a peak performance of 410 gigaflops, or 410 billion calculations per second. For more information on the NERSC-3 procurement, see the April 28 news release. 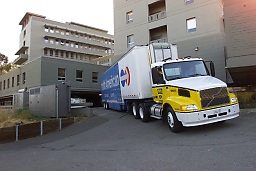 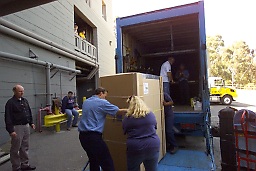 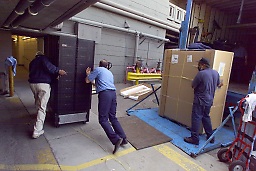 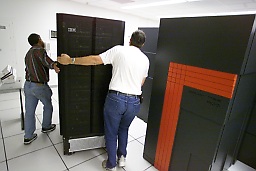 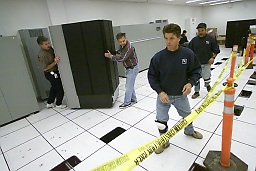 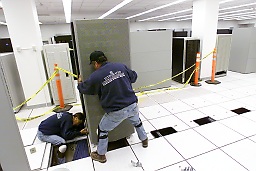 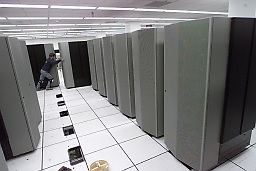 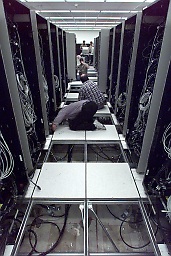 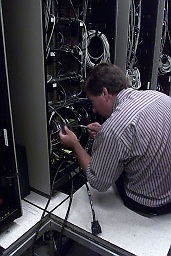 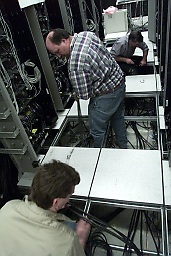