About
Home » About » Staff » NESAP and Other Postdocs » Muaaz Awan 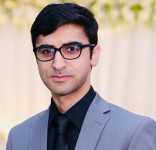 I received my PhD in Computer Science from Western Michigan University at Kalamazoo in April 2019. During my PhD, I worked on the development of high performance reductive strategies for Mass Spectrometry based proteomics. During the Summer of 2017 I worked at the Pacific Northwest National Laboratory's Earth and Molecular Science Division, here I developed GPU accelerated strategies for date mining. Currently I am working as a post-doc at NERSC as a part of the application performance group where my focus is to design and implement acceleration strategies for Bioinformatics algorithms.